My name is Barbara Valencia and I am an undergraduate student at Florida International University. My field of study is International Relations with a focus on comparative politics, human rights, and intrastate conflicts. I am currently a junior at FIU and decided to embark on a study abroad adventure for the Fall 2017 semester. I applied to be part of our international exchange program to go study at Universidad San Francisco de Quito in Quito, Ecuador and be part of their Latitude Zero: Ecuador Research Initiative (L0ERI).

Being originally from Ecuador, my goals and ambitions were not facile or elementary. I began this year with a personal calling to do research in the Ecuadorian Amazon and to use such research project not only as an alias and voice for the indigenous communities of Ecuador but also as an introspective investigation into my heritage and lineage. It all began last Fall when I embarked on a research project for my Comparative Politics of South America class, and wrote about Indigenous Political Rights, Activism, and Integration in Ecuador and Bolivia. My project focused on understanding the indigenous struggle to become politically active and mobilized in their quest for justice during the post-imperialist era and an analysis of the consequences of neoliberal governance in modern day Ecuador and Bolivia. I also engaged in a discussion about the political agenda that indigenous groups are currently and actively mobilizing under for the settlement of both plurinational states (Ecuador and Bolivia). All of the research I conducted for the project led me to become quite critical about the current political restraints and conflicts that indigenous communities face in modern day Ecuador, and their development, tracing back to the imperial era.

Thus, I decided to solidify my interest in the subject by giving my curiosity a chance and applying for the study abroad program. Let it be known too, that I grew up in the coastal area of Ecuador in Guayaquil and had not touched or experienced the Highlands/Sierra of Ecuador until last December when I decided to visit my family in Ecuador for the first time in years. However, reading how influential the geographic location of indigenous communities and their specific development of identity and political entity led their fight for political rights under the Republic, I slowly began to piece together the pieces of my research project. 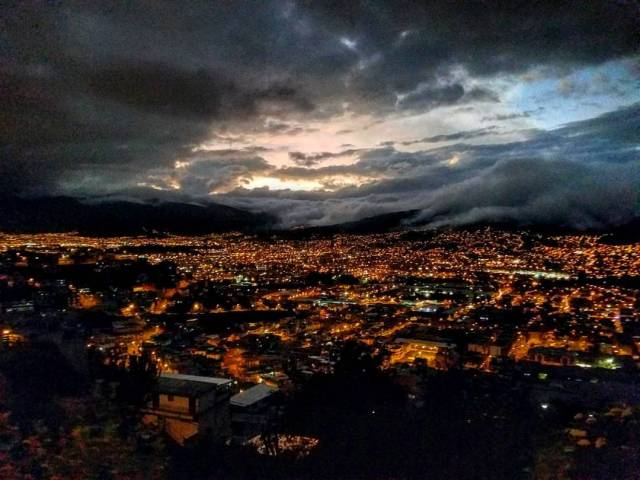 I am proposing a detailed on-the-ground study about the roots of Ecuadorian indigenous political identities and their mobilization during the post-imperial period in comparison to its vivacity during the implementation of neoliberalism under democratic transition and how this has and continues to affect state formation and consolidation in Ecuador under the new constitution passed in 2008.

My research is to be written from an integrative perspective that includes both public transcripts, documents, and recollections of indigenous prominence and struggles while inserting real-life tangible interviews with current indigenous leaders as recollections of their recent political activity during the Correa administration. Additionally, I plan to seek current statements from The Ecuadorean Confederation of Indigenous Nationalities (CONAIE) on their active political agenda during the Moreno administration and how they will mobilize to accomplish such goals and triumphs for the indigenous community in the next four years of the administration.

So where do you all come in?

Well, aside from the fact that I am a young woman (unconstrained and undefined under my watch), I am also a young financially independent woman who has no financial support from anyone but herself. Over the past 2 years of my college career I have managed to outweigh financial constraints to my educational success by managing to upkeep part-time and full-time employment, with full-time academic engagement, and prominent full-time community service and leadership roles. I have also been lucky to have a strong academic achievement that has provided me with enough financial aid and scholarships to cover all of my living and tuition expenses since graduating from High School at the age of 16. However, the hard work I put in is limited in situations like this in which I need to focus my full, undivided attention to researching and writing my project. Thus, leading me to ask for your help to achieve my goals this upcoming Fall semester by asking for any monetary contributions that your heart and your pocket can afford!

I have made a strict budget of traveling expenses, airfare, meals, housing, transportation, books, license requirements for traveling to indigenous regions, and emergency healthcare/situations in which I need access to monetary funds. This all amounted to $8,750 which will partly be covered by $5,750 financial aid funds. That leaves me with $3,000 to cover out of my own pocket.

I know that is a high amount of money and if I could do this alone, I would. However, I recognize that I need your help to achieve my goal and I will be forever thankful for any and all contributions made towards my cause. I strongly believe that education is a primary building block to life and I would be so happy if my dream became a reality with your help.

So please, donate and share and help me reach my goal of conducting relevant research about indigenous political movements in the Andean region this upcoming Fall Semester!

~ Check out my crowdfunding campaign! ~